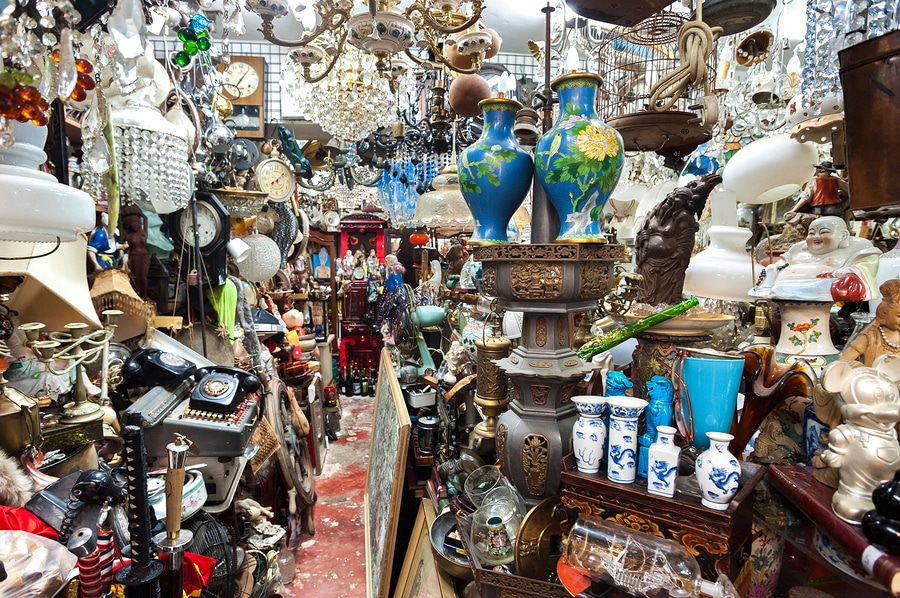 “It’s not clutter, it’s my collection.”

“I am just sentimental.  I can’t throw anything away.  Everything has a story behind it.”

“I plan on fixing this up someday and reselling it.”

“I can always use this for parts to fix something else!”

“I love to give gifts, and I really know that [so and so] would appreciate this.”

We all know a few people who have said one of the above statements before, and we may even be that type of person ourselves, or have a family member who absolutely refuses to get rid of anything.  But when is enough, enough?!

One of the most common “first world” issues we have in our Western culture, is the desire to accumulate and keep on accumulating.  We want the newest and best of everything.  We fall in love with a particular item and have to have it in every color, shape, size and era.  Even without thinking about it, how often have you or your family moved to a new place, and as you began packing, you were surprised at how much “stuff” you had accumulated without even realizing it?  I have – on more than one occasion!  My husband and I have moved and “started over” several times in our lives, and no matter how often we moved, we always had a truckload of stuff to give or throw away.

Clutter sneaks up on us before we know it. One doesn’t have to be rich to accumulate.  It’s just what we do.  Why do you think yard sales, garage sales, social media markets, pawn shops, consignment shops, second-hand stores, etc. have become so popular the last few years?  You can probably guess the answer: we have too much stuff!  Entire commercial empires have been forged from the root of our clutter. (I just wish I’d thought of it first; I’d be a rich woman!). Online businesses have grown fat and rich because of our desire to have “the next best thing” or “a different version of the same thing.”  It seems we’re never satisfied.

I fondly, and with much love, think of my own father.  Born in the early 1930s, and born to poor parents, he never threw anything away if he saw even a hint of future use in it.  When he and my mother retired and had to downsize from a large home to an apartment, he was emotionally saddened by being forced to clean out a stuffed, full two-car garage and a large shed out back.  He even had a few folks “help” him and they cleaned out the shed for him, without his knowledge.  (The shed did not belong to him, but the stuff inside, did.) He became angry, and understandably so.  Those were his things, and right or wrong, he had an attachment to them.  He was a jack-of-all-trades, a tinkerer, a “fixer.”  If it was broken, or needed “tweaking,” my dad could fix it, or get it running if need be.  And honestly, those types of men are becoming less and less prominent in our society.  It’s sad, really.

As a society, we’re used to having things handed to us, or we work really hard to buy new things to “keep up with the Jones’.”  But in our parents’/grandparents’ day, things were built with much better quality and were used for years and years until they finally degraded past the ability to repair.  Then, and only then, would that household item be replaced.  They cherished everything they had, because they had to! They worked too hard and sacrificed too much for its purchase, and whatever they owned, they took care of.  As I observe our cultural norms today, it’s rare to find that mentality in many of us.  If it breaks or ceases working, we toss it in the trash and buy a new one (which may be of lesser quality, but so what?!  We’ll just get another one when that one breaks, etc.). It’s a vicious cycle.

Have you ever heard the term, “you get what you pay for?”  Its true most of the time: however, sometimes you’re simply paying for a name/label and the item may not be worth the tag its printed on.  But the higher the quality, the higher the price, the harder one has to work to get it.  Once you have it however, the item usually pays for itself in the long-run with many good, quality years of wear and tear!

Back to my title question: when is enough, enough?  There’s a vast difference between the terms collection (simply visual, pretty to look at) and utilitarian (practical, helpful).  [Note: some collections are also utilitarian, and I’m not knocking one or the other. That’s not my point. Please read on.] Unfortunately, many people look at something and say, “I can eventually use this to…” and buy it on a whim, without taking careful consideration as to how they’re going to utilize it NOW.  If they do that often enough it causes clutter to pile up and smother them and all their good intentions.  It becomes their collection, not their necessity.  Those gifts they wanted to give to a friend or family member at Christmas, get buried underneath a pile of “stuff,” forgotten under mounds of yet another “useful” shopping trip.  We know these types of people as hoarders.

But wait! Before we go judging hoarders, many of us – although not extreme – satiate our frivolity with unecessary purchases, or purchases that get forgotten a few months after the celebratory event is over.  It gets put aside, forgotten, until a move or spring cleaning forces us to purge the clutter.  You’ve all heard the saying, “If you haven’t worn it in a year, get rid of it!”  How many of us actually do that?  Very few.  However, if you’re the person who lives by that motto, more power to you!  I confess, I am not.  But I’m close: I purge stuff from my house when the mood hits me…about every two or three years.  By then, it’s almost too late.  It takes me several long-hour days, sorting, getting distracted by memories, and loads of trips to the trash bin or several trips to donation drop-offs.  I am not one for garage sales, because the work it took me to prepare for it is usually not worth the amount of money I get from it. By the time the sale is finished I still have all the cleanup, and still have a truck-load of stuff to drop off anyway.  I just skip the “sales” step and go right to the “get rid of” step. (That’s just me. I don’t disparage having sales. If that’s what you want to do… go for it with gusto!)

When enough is enough, in my opinion, is when there is so much unused knick-knacks and clutter that even hired professional cleaners loath the times they have to come and dust your house.

This blog is focused on simple ideas and our URL is simplehomeandhearth.com for a reason: keeping it simple!  There’s nothing simple about clutter.  Just looking at it is stressful.  Case in point: look at the two photos I grabbed from the internet, below.  Where would you rather spend your quiet time:  in the home on the left, or the home on the right? 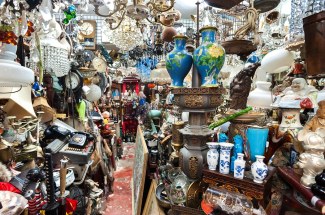 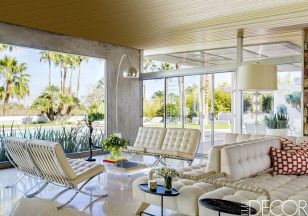 Live simply. Declutter. Be more utilitarian instead of just a collector. Create positive memories and a positive atmosphere that your family will cherish for decades to come.  It’s hard to have positive memories when all your friends and family can focus on is the clutter.  Enough is… ENOUGH!

2 thoughts on “When is Enough, Enough?!”